If you don’t get paid, we don’t get paid.
Free Consultations 314-863-0500
Home Blog Are Realistic Video Games Driving Underage Teens to Get Behind the Wheel? 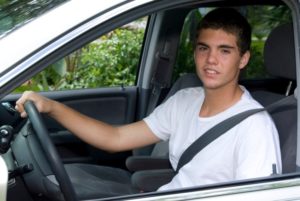 Having a car represents a freedom many teenagers crave. Driving themselves to school or to hang out with friends means less time under the control of parents. In Missouri, as in many other states, this is a freedom no one can taste legally before the age of 16 – and even then, it comes with certain restrictions.

Some teens, however, are unwilling to wait, and take to the roads earlier, without reaching the legal age or receiving proper instruction.

Underage driving puts everyone on the road at risk, and unfortunately, this behavior may be on the rise. Why? Edmund King, president of British auto insurance and driver’s education giant the Automobile Association, fears that increasingly realistic driving features in video games could be making younger teens feel as if they know how to drive before ever getting behind the wheel, according to a report by the Telegraph.

Is King’s theory rooted in reality, or is it an overreaction based on misconceptions about video games? Without any major studies on the topic, it is difficult to tell, but the idea certainly seems plausible given the amount of “realistic” driving featured in contemporary video games.

From action games involving driving, such as Grand Theft Auto, to games focused specifically on racing cars, such as Forza and Gran Turismo, many of today’s popular video games simulate some form of driving.

Gone are the days of moving left-to-right across a two-dimensional plane. Many contemporary driving games feature complicated controls, from steering, braking, and accelerating to shifting gears on a manual transmission. The worry is that these controls may give teens the illusion of being familiar with the controls of a real car, when in fact they have never put their hands on a real steering wheel or their foot on a pedal.

Confident, unprepared, unlicensed, and immature drivers on the road create a recipe for disaster, with the potential to hurt or kill teens and people in other cars.

If an underage driver hits you, chances are they may be uninsured. Even if there is insurance on the car, the insurance carrier may balk at covering a loss caused by an unlicensed, underage driver.

Luckily, Missouri law requires that all drivers carry not only standard liability insurance, but also uninsured motorist coverage of $25,000 per person and $50,000 per accident. This means that even though the underage driver may not have insurance coverage, you may still be able to receive a payout from your own insurance company.

Nothing can prepare someone to drive as well as the maturity that comes with age and the proper education. When underage teens assume they know how to drive and decide to get behind the wheel, they pose a danger to everyone around them.

If an underage driver or any negligent driver has hit you, you don’t have to go through the aftermath alone. An experienced personal injury lawyer can help you with the process of filing a claim. The Missouri car accident lawyers of Sansone & Lauber are here to help. For more information, call us or contact us online for a free consultation.