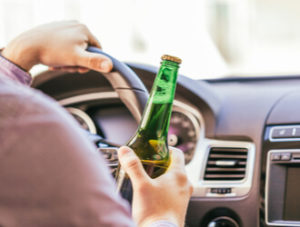 Our car accident lawyers maximize the value of car wreck claims caused by an impaired driver by not only aggressively pursuing compensatory and punitive damages in negligence cases, but also by making sure state prosecutors consider the concerns of the accident victims and their families before the State agrees to DUI plea deals.

This approach is essential for obtaining full closure and justice in drunk driving accident cases. We help our clients understand the criminal prosecution of intoxicated drivers, and the influence victims can have in those prosecutions.

Our firm has obtained many favorable judgments and settlements on behalf of individuals in Missouri and Illinois who have suffered injuries caused by intoxicated drivers – including a $2.3 million judgment against a Missouri drunk driver, and a $775,000 settlement in a case involving an intoxicated Illinois driver. We aggressively prepare cases for trial and do not succumb to insurance company tactics to settle drunk driving cases for less than they are worth.

In valuing cases, insurance companies will often not take into account their insured drivers’ intoxication. We have handled several cases where we settled cases for the full insurance policy limits, even though our clients had been advised by their previous attorneys to settle for less than the policy limits.

Call our St. Louis drunk driving accident attorneys at Sansone & Lauber today at (314) 863-0500 if you have been injured by a drunk driver as a motorist or pedestrian. We can help you assess your legal rights. Your initial consultation is always free, and you don’t pay legal fees until you obtain compensation.

Attorneys Ben Sansone and Gary Lauber have previously represented numerous DWI defendants at trial. This background, along with their extensive personal injury law experience, means they know the ins and outs of drunk driving accident law in Missouri and Illinois. Their experience can be invaluable for obtaining full and fair compensation for injuries caused by drunk drivers.

You have to be part injury lawyer and part prosecutor when pursuing the maximum value of drunk driving accident cases. This is sometimes necessary because you not only have to prove negligence in the personal injury case but also the DWI/DUI aspect when the driver avoids criminal drunk driving charges through a favorable plea deal.

Negligent entrustment is a cause of action that arises when someone or a business entity is held liable because they negligently provided, enabled, allowed another to be enabled with a dangerous instrumentality (i.e. give the car keys to a visibly intoxicated person) or entrusted another with a dangerous instrument and that person causes injury to another with that instrumentality. Most frequently this cause of action arises where someone allows another to drive their car when they know that person is intoxicated or that person is a dangerous driver.

Negligent entrustment is commonly found where the person entrusted has a reputation or history that shows their dangerous propensity when using or possessing such an instrumentality; usually a car. This is unfortunately all too common in the case of drunk driving accidents.

For example, if a truck company hires a driver with a record of reckless or drunk driving, which the truck company could easily have learned by running his record, and he causes injury to another, then the company may be liable for negligent entrustment of the truck to that driver.

This pertains to cases outside of drunk driving as well. If one party lets another borrow dangerous equipment, such as a gun, for example, knowing that the other party has a propensity for violence, then the loaning party may have negligently entrusted the dangerous instrument, like the gun, and will be liable if they use dangerous equipment, i.e. the gun, to injure someone.

Obtaining punitive damages is an important goal of personal injury cases involving at-fault intoxicated drivers. These damages are distinct from personal injury damages, which are meant to compensate a victim for his or her damages. Punitive damages, in contrast, are meant to penalize the wrongdoer and deter others from similarly unacceptable behavior like driving while drunk. Cases involving punitive damages require an experienced attorney skilled at motivating a jury to not only award fair and just compensatory damages, but also meaningful and effective punitive damages to send a message that a community will not tolerate needless injuries or deaths caused by drunk drivers.

If you have been injured or a loved has been killed because of a drunk driving accident in St. Louis, call Sansone & Lauber Injury Lawyers today at (314) 863-0500 to discuss your legal rights.  NO FEE GUARANTEE: you pay nothing unless we win for you.  Contact us now to get started.

The at-fault driver took a plea deal with probation in the DWI criminal matter. Is this admissible to show liability in a personal injury lawsuit trial against the drunk driver?

Can a victim of a drunk driving accident pursue a personal injury lawsuit against an establishment that served alcohol to the drunk driver?

Yes, in certain circumstances. Missouri law permits victims of a drunk driving accident or the family of a wrongful death victim to sue an establishment that served alcohol to the intoxicated driver. To win the case, you need to prove by “clear and convincing evidence” that the establishment knew or should have known that it was serving alcohol to an individual under 21, or who was “visibly intoxicated.” How do you prove by “clear and convincing” evidence that the bartender knew or should have known the drunk driver was “visibly intoxicated“? A toxicologist can provide expert testimony. Also, lay witnesses who observed the driver in the bar prior to getting behind the wheel could provide eyewitness testimony about the patron’s physical condition, such as balance, motor skills and slurred speech.

Can a social host be sued for personal injury resulting from an accident caused by a drunk driver?

Missouri law essentially bars this type of personal injury lawsuit against a homeowner for serving alcohol to guests. Why? To establish social host liability, a person injured in an accident caused by a drunk driver must prove a (1) civil duty not to furnish someone with intoxicating liquor, a (2) breach of that duty, and (3) the furnishing of alcoholic beverages to an individual caused the injuries or death resulting from the car accident. However, Missouri law does not currently impose a legal duty not to provide alcohol to someone, including minors. There is a criminal law against it, but it does not impose a civil duty.

Before trial, the drunk driver admits to being intoxicated. Can I still introduce evidence at trial concerning the driver’s level of intoxication?

The short answer is, yes. The at-fault driver cannot prevent the jury from hearing about him or her being drunk just because he or she admits fault. This is known as a “stipulated liability case.” It is a defense tactic to try and keep evidence of reckless conduct from being heard by the jury. Why is this important? Evidence of reckless, dangerous conduct by the drunk driver not only helps to prove liability, but also may lay the groundwork for a punitive damages award. Punitive damages are designed to deter bad conduct in the future, and are separate from monetary damages that compensate a personal injury victim for his or her injuries.