Most Common Types of Car Accidents in St. Louis 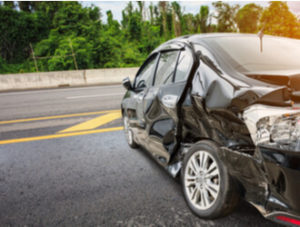 Car accidents at intersections can happen for several reasons, sometimes the fault is very clear, sometimes not so clear. In any, even a good car accident lawyer is needed to maximize recovery for any harms and losses suffered by the negligence and rule violations of other drivers. Every year over 2.3 Million collisions occur at intersections, which represents 40% of all car accidents every year. OF these intersection accidents, about 7,500 resulted in wrongful death. Additionally, 96.1% of the accidents at intersections are attributed to driver error and only about 3% to other factors such as weather or vehicle malfunction. These are some of the most common car accident cases we see where someone is injured from the negligent driving of another.

1. T-Boned at an intersection

One of the most severe types of collisions that occur at intersections are from drivers to running a red light. According to government statistics, 165,000 people are injured or killed every year from drivers running a red light. This includes both drivers and passengers in other cars and pedestrians, electric scooters, or cyclists as well. What is so frustrating about red-light running is that the harm caused by that rule violation and subsequent collision is an entirely preventable loss.

In some situations, punitive damages may be recoverable especially if there is evidence that the driver knowingly ran the right light instead of running it because of inattention. 97% of drivers agree that running a red light is a major safety threat to other motorists and people on or around the roadway. This type of sentiment towards red-light running makes a punitive damages claim a strong one.

Proof the Other Driver was at Fault

The most common collision that occurs when a driver runs a red light is a “T-Bone” accident. Other than a head-on collision, T-bone collisions result in severe injuries, especially if the collision is on the driver’s side or if it is on the passenger side when a passenger is present. These collisions cause all types of injuries but often result in significant head injuries as the crash causes the driver or passenger’s head to snap violently sideways and hit the side window or support beam. These types of accidents often lead to brain injuries and spinal damage and can be some of the most serious cases leading to car accident lawsuits.

2. Other Driver Turned Left Without Yielding

When making a left turn at an intersection the turning vehicle must yield the right of way to other traffic, unless that turn is made pursuant to a green left turn arrow. Many car crashes occur because the left turning vehicle did not have adequate time to make the turn and causes a collision with oncoming traffic.

Definition of Failure to Yield

The law defines the phrase ‘yield the right-of-way’ in the context of intersection left turns as meaning “a driver attempting to make a left turn is required to yield when another vehicle is approaching from the opposite direction and is within the intersection or is so close to the intersection that it is an immediate hazard.” Missouri Approved Jury Instruction 14.04.

Reasons for Failure to Yield

Government sources have found that the most common reasons for intersection accidents is because the driver failed to yield due to:

3. Rear-Ended by Another Driver

Another common accident at intersections is a driver’s failure to slow or stop their car and thus driving into the back of another vehicle that has stopped at a red light. Under the law the driver in the back is presumed at fault unless the car in front stopped abruptly and without signaling. These kinds of accidents often lead to whiplash injuries and sometimes severe spinal injuries.

4. Hit by a Car While Walking, Jogging, or Riding a Bike

The above statistics include car accidents involving pedestrians at intersections. Typically pedestrians are struck while in the crosswalk with traffic going straight through the intersection or drivers that do not look before turning left or right beyond looking for other traffic.

In many intersection cases, the at-fault driver will claim they had a green light or green arrow; sometimes the case becomes the victim’s word against the at-fault driver. Accident reconstruction and witness investigation can be critical in winning these cases. If you have been hurt in a car accident call Sansone & Lauber Trial Lawyers, today at (314) 863-0500 or contact us online to arrange a free legal consultation.

Bicycle riders and joggers are also at greater risk of being hit by a car. Unfortunately, these types of negligent injuries are all too common and often lead to lawsuits in an effort to pay for medical bills and property damage.

We handle car accident cases across all of Missouri and Illinois. If your case happened in another state, call us, we will help you (free of charge) find a good St. Louis car accident lawyer in your area that can help you.