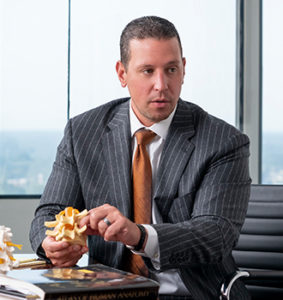 “My clients get me handling every aspect of the case, not somebody else,” he says. “They get my absolute personal dedication to their case.”

Sansone has been employing that personal touch since 2004, when he decided that he wanted to be a plaintiff’s personal-injury attorney instead of working in a law firm that defended insurance companies.

After Ben got his J.D. from St. Louis University School of Law in 2002, after serving on the Law Review and graduating in the top 10 percent of his class, he joined a large insurance-defense firm. It did not take long for him to realize that helping injuries victims was more important to him than saving insurance companies money.

“That’s when I started seeing the other side of personal-injury cases and saw it for what it really was,” he says.

The last straw for him came when he had to travel to the home of a grandmother who had been running a small, informal day-care service out of a house that burned down after a child had kicked over a candle. His job was to tell her that her insurance was being denied because she did not disclose to her homeowner’s insurance company that she watched kids at her house as an informal daycare for friends and family member’s children to help make ends meet.

“I felt like trash,” Sansone says. “That’s when I decided I was quitting and starting my own law-firm.”

He went solo, developing his practice in a small office for several years until he and Gary Lauber, also a solo, decided to join forces.

He has excellent ratings on Avvo for both Personal Injury and Medical Malpractice:

Click below to read all of the client reviews for Ben Sansone:

2020 judgment on behalf of a client who was severely injured after being hit in a car accident by a drunk driver.

Another highlight for Sansone was a $290,000 arbitration verdict for a client who was fell and hurt his back at a Marriott hotel. The defendant company offered $50,000 and the case went to trial in front of a arbitrator.

“Just the fact that he and his wife are taken care of now made me sleep better at night,” Sansone says. “It wouldn’t have affected me so badly financially if we’d lost; it would have upset me more that he would have lost his one opportunity at justice.”

His community involvement includes membership in the Missouri Bicycle Federation and involvement in the Helmets First! Program, which provides helmets to poor inner-city children.

In his spare time, he enjoys outdoor activities with his family, golf, and hunting. 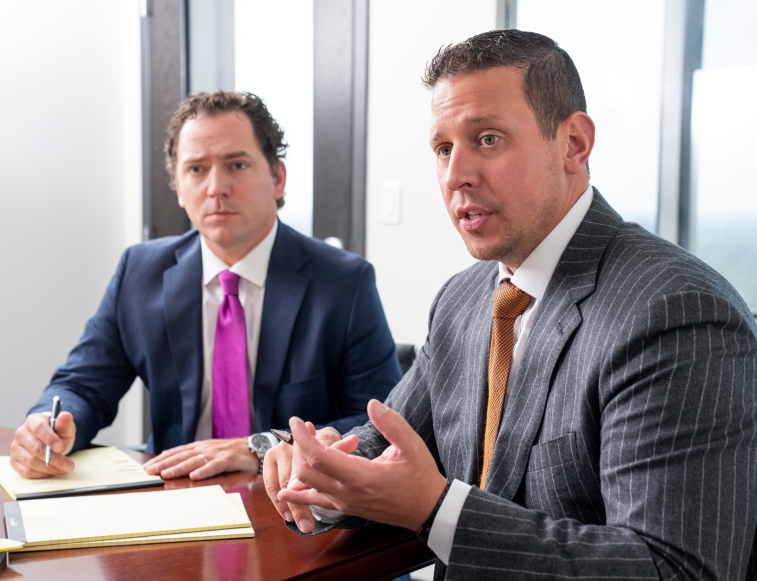