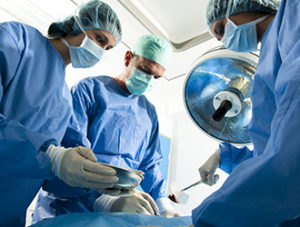 Healthcare providers can make mistakes, however often it’s not human error that causes medical malpractice, many times the issue lies within the hospital or healthcare facility’s policies, training, or practices. A lawsuit isn’t about getting even, it’s about correcting problems in a faulty system. Sometimes that problem is the healthcare provider themselves, other times it is the facility or staff training. Whatever the cause, these kinds of cases should never occur in a properly run medical facility. By exposing these medical mistakes with our help, our clients can help us to correct dangerous problems in healthcare facilities and save the lives of future patients.

When dealing with medical malpractice stemming from the actions of a healthcare provider such as a doctor, nurse, or other healthcare providers, the law defines “negligent” or “negligence” as “the failure to use that degree of skill and learning ordinarily used under the same or similar circumstances by the members of defendant’s profession.” Missouri Jury Instruction §11.06. This is the basic starting point for a medical negligence case. A medical malpractice lawyer in St. Louis representing a victim of medical negligence is what we must prove to a jury that the defendant failed to use the appropriate degree of care under similar circumstances.

Unfortunately, medical malpractice happens more often than you think and is often not reported. Many people suffer silently after their surgeries leave them disfigured or injured. Many times victims of malpractice are hesitant to bring a lawsuit against their healthcare provider because they believe it was not the doctor’s or nurses’ fault. The truth is that many times that is true, but any malpractice instances should be brought to the facility’s attention to address issues that could lead to similar tragedies in the future. Healthcare providers have medical malpractice insurance because mistakes happen. Most of the time providers can continue to practice if they made an honest mistake due to a problem with the health care facility or other unforeseen complications. However, in the case of repeat offenders, the victims and our firm should work together to make sure these kinds of mistakes don’t happen to other people like you. When someone does bring up a formal legal complaint and can prove medical negligence, many lawsuits will settle quietly to avoid media attention. Only in the most horrendous cases do you see medical negligence cases in the news.

How Much Compensation Can You Receive for Medical Malpractice Lawsuit in Missouri?

What are “Non-Economic Damages” in a medical malpractice lawsuit?

The caps apply to “non-economic damages” which are damages other than medical bills, lost wages, and future bills and lost wages. These damages are for the harms and losses suffered by the Plaintiff. For example, if a doctor commits malpractice causing the patient to lose a leg, the most they can recover for the pain and suffering for going through life without a leg is “capped”. This is devastating to elderly patients or unemployed, as when they are injured or die the vast majority of their damages are non-economic.

In Illinois, the medical malpractice caps limited non-economic damages to $500,000 against a doctor or $1,000,000 against a hospital, regardless of how badly injured the patient was. However, in 2010 the Illinois Supreme Court decided that the damage caps were unconstitutional. Therefore, in Illinois, there is no “cap” on the amount a jury can award an injured patient in a medical malpractice action. For details of the ruling see Lebron v. Gottlieb Memorial Hospital, 930 N.E. 2d 895 (2010).

In 2005 the Missouri legislature passed a $350,000 non-economic damage cap to all cases against a healthcare provider. This amount is non-adjustable for inflation, meaning the cap actually gets lower over time due to inflation.

Currently, the damage caps still apply in Missouri if the medical malpractice results in death. However, if the patient survives the non-economic damage caps have been held unconstitutional by the Missouri Supreme Court.

So currently, in Missouri, if someone dies on the operating table and there is no subsequent treatment and they were either unemployed or retired (so no lost wages); it is likely that the most their case could ever be worth is $350,000. Tragically, in the state of Missouri, the value of human life has been capped at $350,000, as long as the death was caused by the negligence of a medical provider. Hopefully, this law will be overturned in the next few years.

Medical negligence cases have a lot of political aspects to them, and the reform around medical malpractice laws has led to some terrible tragedies in some states. These cases are the poster-boy for the tort ‘reform’ movement and many jurors will side with doctors and nurses even when they know they were negligent. For many reasons, medical negligence cases must not be pursued as a doctor’s “failure” to use adequate care, medical negligence cases must be framed as a “patient safety” issue and seeking a verdict for the harms and losses caused by a doctor’s “choice” to violate those patient safety rules or a care facility’s lack of proper procedure that would have prevented a medical error. 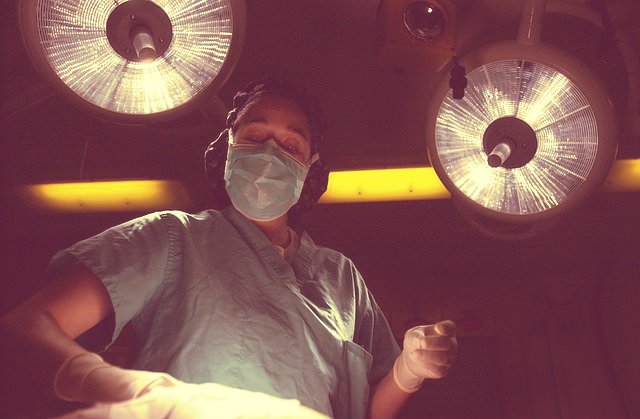 For example, when performing surgery, a rule of patient safety is that a doctor must be certain of what he is cutting before he cuts it. A doctor must not guess about what they are cutting, they must positively identify a structure before cutting it. If a doctor cuts before being certain then he “chose” to violate the patient safety rule, not simply failed to follow it. Jurors forgive mistakes and failure but not choices to violate patient safety. You need the legal advice of a St. Louis medical malpractice attorney that knows the law and is willing to do the extensive investigation necessary to win your malpractice suit.

Our Medical Errors Lawyer in St. Louis Can Help

Our St. Louis attorneys investigate a variety of hospital injury related cases, such as: 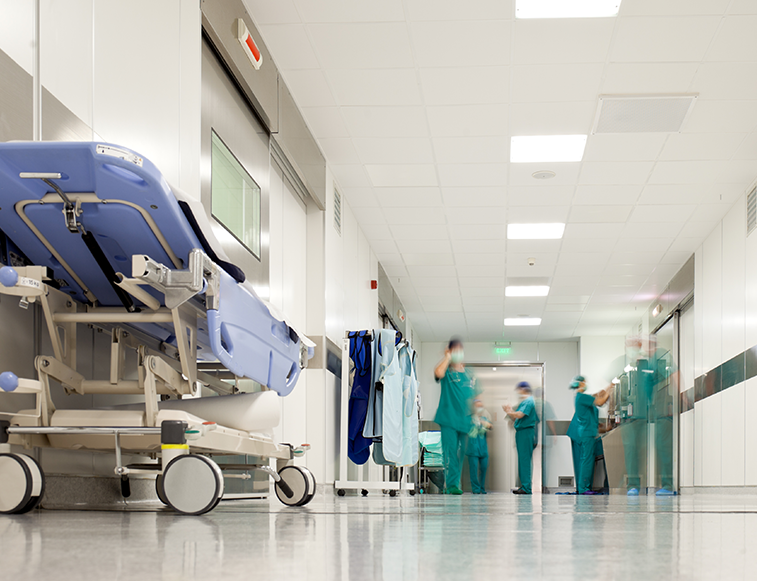 Potential malpractice cases are investigated free of charge, additionally, if we decide to take your case there is no attorney fee or cost unless we win. Investigation of potential cases requires client and witness meetings, gathering medical records and other pertinent documentation, and then hiring a trusted doctor and other medical professionals to review our investigation and give us an expert conclusion that medical malpractice was committed. Once we have concluded that medical negligence or malpractice has occurred our attorneys will file a lawsuit. 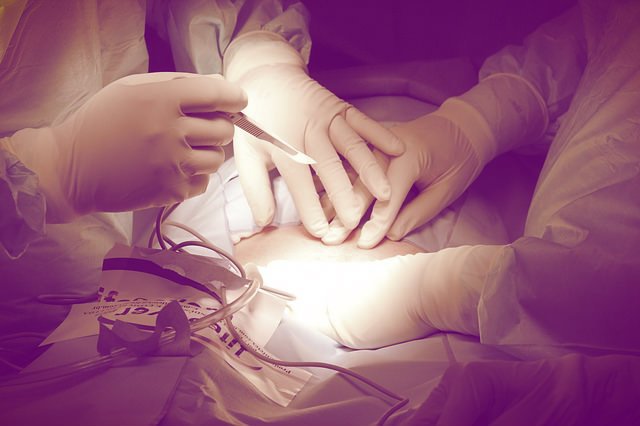 In most cases our experienced medical negligence lawyers can determine if there is an actionable case and whether or not the healthcare provider’s care fell below the standard of care, or more appropriately stated, we can show a violation of a patient safety rule. Once we determine that a medical malpractice case is a viable case to pursue legally, we pay for and get the legally required medical opinions from a board certified M.D., regarding the applicable patient safety rules the healthcare provider chose not to follow.

Certificate of Merit: As under Missouri and Illinois law, a hospital or doctor related malpractice lawsuit is subject to dismissal if the case is filed without proper affidavits of merit which certify that a qualified medical doctor has reviewed the case and concluded that negligence occurred. That is why it is so important to work with a law firm who has connections with unbiased and objective medical experts and doctors.

Medical Experts: Qualified medical malpractice firms know that beyond thorough investigation of the facts and the medical issues involved, experts are a very important aspect of a medical case. The experts in medical negligence cases (other doctors in the same specialty or field) help explain to the jury (1) the applicable patient safety rules; (2) explain how the defendant violated that patient safety rule; and (3) that the violation of the safety rule caused the injury or death. In most of these cases the defendant doctor or hospital will have multiple expert witnesses who will all line up and testify that the defendant did nothing wrong; this is what doctors do, cover for each other. As Plaintiff’s medical negligence attorneys we must select the best qualified expert with outstanding credentials and credibility. Good experts are hard to find for the victim’s side because many doctors who testify for victims get in trouble with employers and medical associations, so many doctors will refuse to act as experts. Our healthcare malpractice law firm has worked with many of the best experts in their field, and we continue to keep a network of excellent doctors to act as experts in vetted malpractice cases.

There is only a limited amount of time to bring a malpractice lawsuit against a hospital or doctor that caused an injury. The negligent party may already be working to build a defense. If you or a loved one has been a victim of possible malpractice, contact our law office online or call us at (314) 863-0500 to set up a FREE consultation with a medical malpractice lawyer in Saint Louis Missouri.