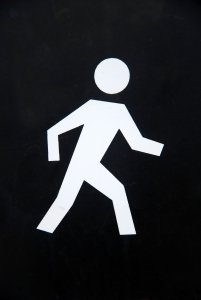 Pedestrian deaths in traffic collisions have increased significantly during a period when other highway fatalities have fallen, according to a new report from the Governors Highway Safety Association (GHSA).

The number of pedestrian fatalities increased 35 percent from 2008 to 2017 during a 10-year period when the combined number of all other traffic deaths declined 6 percent, the GHSA reported in March. The percentage of pedestrian deaths among total motor vehicle crash deaths increased from 12 percent to 16 percent during that same 10-year period, the report states.

The frightening truth remains that pedestrian accidents are far too common in the St. Louis area and across Missouri. When a truck, bus, or passenger car hits a pedestrian, the pedestrian will almost always be the one who suffers the most severe and potentially fatal injuries.

Pedestrian accidents with motor vehicles are usually the result of some kind of negligence. Some of the most common causes include:

Why Are Pedestrian Deaths So High?

The author of the GHSA report, Richard Retting, told NPR, “Looking at the various metrics available, the ones that pop out to me are distraction related to smartphone use and the market share increase in sport-utility vehicles (SUVs).”

Retting said the number of consumers buying light trucks has far outpaced those buying cars since 2013, and there was “no question” that pedestrians are more likely to die when they are struck by an SUV instead of a car.

NPR reported that both pedestrians and drivers use cell phones a staggering 4,000 percent more than they did in 2008. Retting told NPR that he would like to see autonomous pedestrian sensor technology in more vehicles, but said such technology would not become reality anytime in the near future considering the age of most vehicles on the road.

The GHSA report found that Missouri had 44 pedestrian fatalities in the first six months of last year. This was the 20th-highest total in the nation.

How Can Sansone & Lauber Help Me?

Did you sustain catastrophic injuries or was your loved one killed in a pedestrian accident in the greater St. Louis area? Make sure that you contact Sansone & Lauber as soon as you are able.

Sansone & Lauber is a full-service personal injury law firm with a record of success that includes several multi-million-dollar verdicts and settlements. You can have our lawyers discuss all of your legal options when you call us or contact us online to set up a free consultation.