If you don’t get paid, we don’t get paid.
Free Consultations 314-863-0500
Home Blog Missouri Traffic Fatalities Up Despite COVID-19

Missouri Traffic Fatalities Up Despite COVID-19 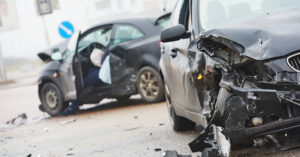 Despite the fact that there have been fewer drivers on Missouri roads in recent months due to the ongoing COVID-19 outbreak and stay-at-home orders, traffic fatalities have actually increased slightly for the year so far, officials say. Data from the Missouri State Highway Patrol show there were 174 traffic deaths as of April 5, compared with 168 deaths in the same time period in 2019.

“It is alarming when you see the significant reduction in traffic, and yet we’re still having the same number of fatal crashes, or even a little bit more than what had we had last year,” said Highway Patrol Captain John Hotz.

How Does 2020 Compare So Far to Recent Years for MO Traffic Fatalities?

The increase in traffic deaths for 2020 comes despite a 47 percent decrease in passenger traffic. The traffic decline is even more pronounced in the Kansas City and St. Louis metro areas, at 49 percent. The higher number of traffic deaths has prompted the Highway Patrol to step up its law enforcement efforts.

Captain Hotz said part of the reason for the higher number of crashes is that drivers are speeding more.

“Now we (the Highway Patrol) are practicing social distancing just like everyone else, but in the end we have a job to do,” Hotz said. “And if we have people that are out there endangering themselves or others, we’re going to take enforcement action on that.”

He added that higher speeds greatly increase the chance of serious injury or death when it comes to car accidents. He also noted that three Missouri Department of Transportation trucks had been struck by motorists in the week prior to the new statistics being released, despite the lower number of drivers on the road.

What Is the Greatest Factor in Traffic Fatalities in Missouri During COVID-19?

Many of the same factors that commonly contributed to traffic deaths before the pandemic appear to be the same ones causing more deaths now.

Of particular concern to law enforcement is the noted increase in drivers who are drastically exceeding posted speed limits. Sandy Karsten, director of the Missouri Department of Public Safety, said that troopers had noticed a 55 percent increase in the number of people driving 26 mph or more over the speed limit.

“That is dangerous, very deadly, as we’re seeing, and it cannot continue,” Karsten said.

Karsten said that in response to the data they’re seeing, Missouri highway patrol officers will be moving into more visible locations and stepping up their enforcement efforts.

Drivers impaired by alcohol or drugs continue to be a major cause of traffic fatalities in Missouri. For 2018, the most recent year for which detailed data is available, the Missouri State Highway Patrol reported 197 fatal crashes in which alcohol or drugs were involved. According to the data, 219 people were killed, and an additional 3,372 people were injured.

Contact Sansone & Lauber for Help after a Fatal Car Accident

If you’ve been involved in a major car accident, the thought pursuing a personal injury or wrongful death claim must seem exhausting. At Sansone & Lauber, we understand. You may be dealing with serious injuries to yourself or a loved one, or you may be grieving after tragically losing a loved one. That’s why our goal is to make the process as easy and seamless for you as possible. We can meet you at your home, your doctor’s office, a hospital, or wherever it is most convenient.

While you focus on healing and trying to get back on your feet, we’ll investigate your crash and build the strongest case possible on your behalf. We’ll keep you updated every step of the way, so you know how your case is progressing. We prepare all our cases as if we’re headed for trial, and we refuse to bow to pressure or scare tactics from insurance companies.

Hiring a knowledgeable, aggressive car accident attorney means you’re much more likely to get a positive result than if you were to try to go it alone. When the time comes to negotiate your settlement, we will pursue every dollar you’re entitled to, letting you live as comfortably as possible while holding the at-fault party responsible. (You can look at some of our verdicts and settlement results for a better sense of how we’ve helped others like you.)

If you’re ready to speak with an experienced team of car accident attorneys, please give us a call or reach us online. You don’t owe us any fees until we collect for you, and we’ll fight for your rights every step of the way.