If you don’t get paid, we don’t get paid.
Free Consultations 314-863-0500
Home Blog Missouri Penalty For Driving On A Suspended Or Revoked License

Missouri Penalty For Driving On A Suspended Or Revoked License 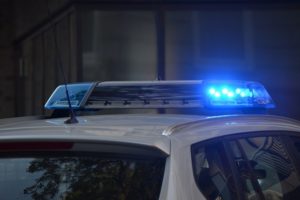 Driving on a suspended or revoked license in Missouri is no small matter and can lead to big fines, huge increases in insurance premium payments, increased suspension or revocation times, and in certain cases, even jail time.

First things first, a person’s driver’s license could be suspended or revoked for a wide array of reasons. Things like failure to pay child support, DWI conviction (or suspended imposition sentence),  or failure to appear for a court hearing are all reasons why a driver in Missouri could have their license suspended or revoked. The Missouri Department of Revenue is also able to suspend a person’s driver’s license, sometimes for refusing to submit to a breathalyzer test, though often the suspension is due to the accumulation of too many points on his or her driving record.

The rules in Missouri say that if a driver accumulates eight points on his or her license within 18 months then that driver’s license will be suspended for a period of 30 days. If a driver accumulates 12 points over 12 months, 18 points in 24 months or 24 points in 36 months, your license will be revoked for a period of one year. This is why it is important to contact an attorney anytime that you receive a moving violation. Typically if you hire an attorney they will be able to fix the ticket and get it amended to a no point violation.

In Missouri, if you are convicted of driving on a suspended or revoked license, the offense can qualify as either a misdemeanor or a felony, depending on the circumstances of your case. Those drivers who have their first offense for driving on a suspended or revoked license face Class A misdemeanor charges. According to Section 302.321 of Missouri Revised Statutes, a conviction for a Class A misdemeanor for a first conviction will result in a fine of up to $300.00 dollars. Those with a second or third similar violation can expect a possible year in jail as well as a fine of up to $1,000.

Missouri statutes go on to say that those drivers with four or more prior convictions for driving on suspended or revoked licenses or with previous drunk driving convictions will face Class D felony charges. A Class D felony conviction can result in a jail term of up to four years, serious time for what many do not consider to be a serious crime.

Get Help after Driving on a Suspended License in Missouri

If you’ve had a run-in with the law and find yourself in need of a Missouri criminal defense lawyer capable of aggressively protecting your interests, contact our St. Louis law firm today at (314) 863-0500.