Dying in a Car Crash or Plane Crash in Missouri — What Are the Odds? 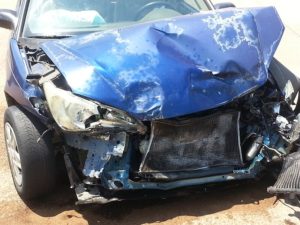 With high-profile plane accidents grabbing the headlines, such as recent “angel flight” crash in New Jersey and the Southwest passenger who was killed after an engine malfunction, many people may be worried about dying in a plane crash. However, the risk of dying in a plane crash is much, much lower than the likelihood of a fatal car accident.

According to a report by the National Safety Council, preventable accidents such as car crashes and other personal injuries are now the third leading causes of death in the United States, behind heart disease and cancer. In fact, Americans should worry far more about getting behind the wheel than taking to the skies.

According to the numbers released by the National Safety Council in its Injury Facts report, the odds of dying in a motor vehicle accident are far higher than those of dying in a plane accident.

The average person living in the United States has a 1 in 102 chance of dying in a car crash, compared to a 1 in 205,552 chance of dying as a passenger on an airplane. This means that you are more than 2,000 times more likely to die in a car than on a plane.

Car accident injuries alone are bad enough, but when you add in other preventable accidents such as falls, drug overdoses, and others, the odds of an accidental death rise to 1 in 25, up from 1 in 30 in 2004, according to the National Safety Council numbers. Put another way, every 10 minutes in the United States, preventable accidents kill 3 people and injure 847.

Looking at these numbers, it becomes clear that the best thing you can do to protect yourself from an accidental death is not to stop flying, but rather to stay vigilant in everyday situations over which you have some control.

When you’re behind the wheel, keep your eyes on the road and watch out for dangerous drivers. When you’re walking through an unfamiliar building, watch out for slick and uneven surfaces. If you hear that a food or medical product has been recalled, stop using that product immediately.

Getting Legal Help When Preventable Accidents Happen in Missouri

You can do your part to help prevent car crashes and other accidents, but sometimes your part will not be enough. No matter how safe of a driver you are, you can’t control how others behave.

For more information on how we can help, contact us now for a free consultation that comes with no obligations on your part.