If you don’t get paid, we don’t get paid.
Free Consultations 314-863-0500
Home Blog What is the Difference Between A Missouri DUI And DWI?

What is the Difference between DWI and DUI in Missouri? 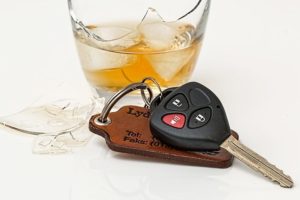 Many people reading news reports of drunk driving accidents have likely run across the terms DUI and DWI. Though you may be vaguely familiar with the concepts, chances are you don’t truly understand what, if any, difference there is in the two terms and whether there is a legally significant reason to care. Keep reading to find out more about DUI/DWI offenses in Missouri.

DWI vs DUI in Missouri

The law in Missouri is clear that there is no actual difference between a DUI and DWI. This is not true in all states, as some say that DUIs are generally the more serious offenses and DWIs are less so. In Missouri, there’s no difference between the two, merely a case of people using two different terms to describe the same thing. In fact, under Missouri’s law the preferred term is DWI, which stands for “driving while intoxicated”.

What’s the punishment for a Missouri DWI?

Missouri Revised Statutes Section 577.010 says that a person convicted of driving while intoxicated for the first time faces a Class B misdemeanor charge. Someone convicted of such a crime faces up to six months in prison and a fine of up to $500. A criminal conviction for a first time DWI also leads to the suspension of driving privileges for at least 30 days and a longer period during which there are restrictions on when and where the person can travel.

Though Missouri laws refer to DWIs rather than DUIs, there is another category of intoxicated driving offense known as DUID (driving under the influence of drugs). Though a DWI exists when a person’s BAC is 0.08 or greater, no such clear limit exists with drugs. This means that any amount of drugs that impairs your ability to drive can be enough for a DUID.

Those charged with a DUID stand accused of operating a motor vehicle while under the influence of some kind of intoxicating substance. This can include illegal drugs, prescription narcotics and, in some cases, even over the counter medications. Though it may come as a shock to many people, the reality is that someone who is charged with DUID can face the same penalties whether the drug is cold medication or cocaine.

What’s the punishment for a Missouri DUID?

Penalties for a Missouri DUID are the same as those for driving while intoxicated. However, it can be difficult to prosecute these cases as officers often have difficulty recognizing the signs of such impairment. However, anyone who is charged may also face drug possession charges, depending on the nature of the substance they were then under the influence of.

DWI vs DUI: Get Help with your Case

If you’ve had a run in with the law and find yourself in need of a Missouri DWI defense lawyer capable of aggressively protecting your interests, contact our firm today at (314) 863-0500.