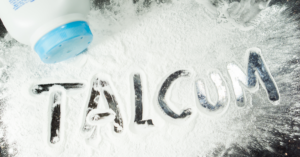 Victims of Johnson & Johnson’s dangerous talc-based baby powder won an important victory earlier this summer when a Missouri court ruled in favor of the plaintiffs in a major case that resulted in a $2.1 billion award. The ruling is the latest in a series of legal decisions against the company related to its talcum products and their links to cancer.

In July 2018, a St. Louis jury decided in favor of 22 plaintiffs, who sued Johnson & Johnson and claimed that the company’s talc-based baby powder caused their cancer. The jury ruled that the company would have to pay nearly $4.7 billion for the injuries its talcum product inflicted on these victims.

The victims were temporarily blocked from collecting their money when Johnson & Johnson appealed the verdict, arguing that the trial was flawed.

Johnson & Johnson lost its appeal in June 2020, when the Eastern District Missouri Court of Appeals rejected the company’s request to overturn the verdict and ordered Johnson & Johnson to pay out $2.1 billion to five plaintiffs from the original 2018 case.

The court reduced the award from $4.7 billion because it has authority in this type of matter only when it’s related to harm to a Missouri resident. Only five of the original plaintiffs were from Missouri.

The victims who sued Johnson & Johnson claim that they developed cancer after using the company’s talc-based powder for years. They assert that the product was contaminated with asbestos, a known cancer-causing agent.

The claims are based on the fact that a main ingredient in Johnson & Johnson’s baby powder is talc, and talc deposits often occur naturally in the same areas as asbestos. Since the two minerals sometimes intermingle, the risk of cross-contamination between talc and asbestos is very high when they are extracted from mines.

How the Ruling Could Affect Future Claims

The Missouri appeals court ruling is a promising sign for other victims who have been harmed by Johnson & Johnson’s dangerous products. It’s hopeful for multiple reasons – not only did the court uphold the verdict in favor of the plaintiffs, but they also affirmed the high value of compensation awarded to the victims.

In the original 2018 decision, the jury based the significant award for the 22 plaintiffs on Johnson & Johnson’s profits from this dangerous product. To reach the $4.7 billion figure, the jury multiplied the number of years the company had claimed its talc-based baby powder didn’t contain asbestos by its annual profit from the product.

In the recent decision, the appeals court used a similar standard, awarding the five Missouri plaintiffs with around $1.6 billion in punitive damages and $500 million in compensatory damages. The court agreed that this level of compensation was appropriate because it could help deter other large corporations from injuring customers by negligently selling defective or dangerous products.

The court also said that the multi-billion verdict was necessary to help compensate victims for the “significant reprehensibility in [the] defendants’ conduct” and the physical and economic damages that Johnson & Johnson’s actions caused the plaintiffs. In addition to getting cancer, victims also had to suffer through things like chemotherapy, other painful cancer treatments, and hysterectomies.

The Missouri court ruling comes after an earlier verdict in favor of Johnson & Johnson’s victims, where a New Jersey court decided in April 2020 that plaintiffs could use expert testimony to show that the company’s talcum powder could be contaminated with asbestos.

The court will also allow these witnesses, who are experts in fields like asbestos analysis, oncology, environmental health, and epidemiology, to provide testimony on the link between ovarian cancer and the genital use of products containing asbestos.

Over 19,000 people have filed lawsuits against Johnson & Johnson, claiming that they developed cancer because they used the company’s talc-based baby powder. However, the company maintains that its product is safe, saying that clinical evidence has shown its products are not contaminated with asbestos.

These claims contradict articles released by the New York Times and Reuters that provide evidence that Johnson & Johnson knew its talcum products might contain asbestos. The reports claim that the company chose to prioritize profits over consumer safety by continuing to sell a product that it knew was dangerous.

In May 2020, the company announced it would discontinue sales of talc-based baby powder in Canada and the U.S., but it said that the decision was unrelated to the product’s alleged safety risks.

Instead, it claimed it is reducing the number of products it offers out of concern for its employees in light of the COVID-19 pandemic. The company claims that the talcum powder is one of around 100 products it is discontinuing, so it can provide more social distancing in its warehouses.

If you suffered ovarian cancer or another serious medical condition after using Johnson & Johnson’s talc-based baby powder, you might be entitled to significant compensation.

Sansone & Lauber’s trial lawyers are here to help you pursue compensation in a dangerous product lawsuit. Our skilled and compassionate talc cancer lawyers have a depth of experience helping people just like you fight for justice and get on the road to recovery.

Going up against a company as large as Johnson & Johnson can be terrifying if you try to handle a claim on your own, but you don’t have to go through this difficult time all alone. At Sansone & Lauber, our trusted team will stand by your side, handle all the details of your case, and fight for the justice and maximum compensation you deserve.

Don’t wait to stand up for your legal rights. Contact Sansone & Lauber today by phone or online to schedule your free case evaluation.