What happens when the insurance company tries to screw one of our clients?  Offering a low ball $20,000 to settle and blaming our client for going thru a green light? They pay!…….

On May 22, 2019 a St. Louis city jury returned a verdict for $250,000 in favor of our client. The defendant driver ran a red light at the intersection of Hampton Avenue and Pernod in the city of St. Louis, Missouri.  Before going to trial the insurance company for the at fault driver offered $20,000 to settle the case. 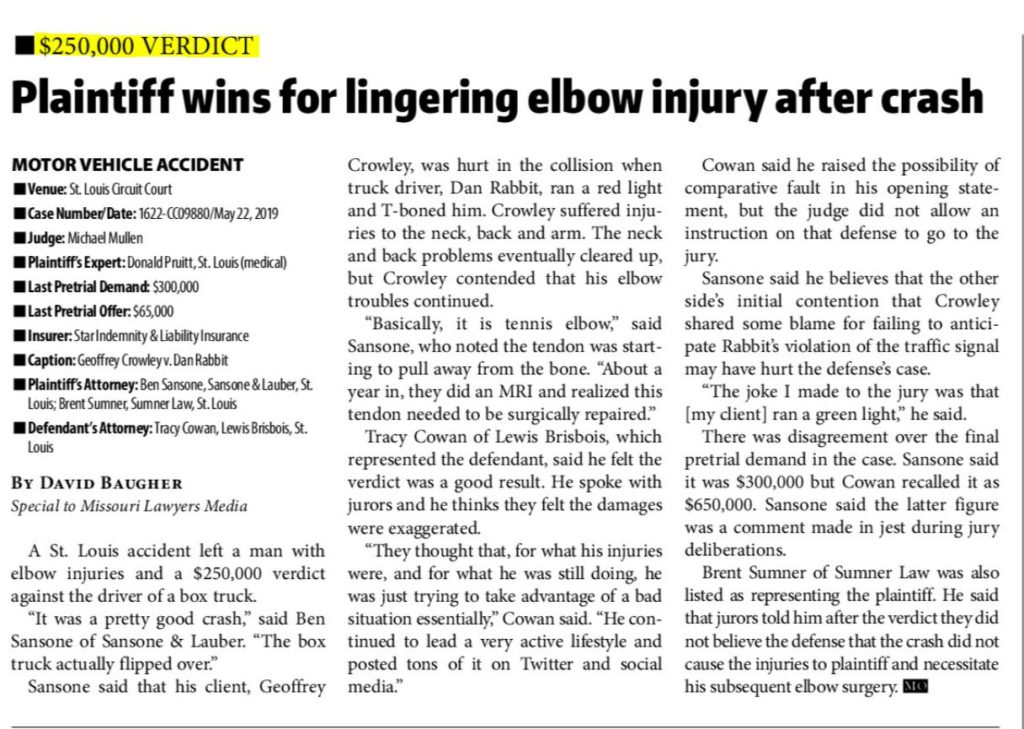 Our client suffered a concussion and a torn elbow ligament. His elbow required surgery to fix the torn tendon.  The evidence at trial showed that the at fault driver admitted to the police officer, who showed up to the scene of the crash, that he saw the red light but decided to go through the intersection anyways.

The insurance defense lawyers tried to claim that our client was partially at fault for going through the intersection, pursuant to a green-light and not looking to see that the other driver was heading to run a red light.  Despite their best efforts, the judge prevented the defense team from being able to ask the jury to award a percentage of fault against on our client for going through green-light.

The jury deliberated for less than two hours and return a verdict of $250,000 in favor of our client.

For a free consultation related to a personal injury case (314) 863-0500 or Ben@MissouriLawyers.com.