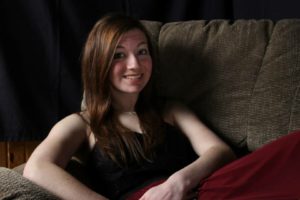 Amidst the increase in accidents and deaths caused by drivers texting, people behind the wheel continue to use their phone with no sense of doing wrong. Adults feel that they are experienced enough to handle phone usage, and teenagers learn from those that can text and drive safely and sense they can do the same. The negativity of texting and driving isn’t broadcasted enough to make a big enough impact for drivers to keep their phones tucked away while driving. In order to instill the seriousness of texting and driving to new drivers, anyone who is about to receive their license should be required to watch a video made by teenagers whose texting and driving cause an accident that hurt or killed someone. Teenagers should have to watch how this altered the lives of many before their new license would be handed to them.

Teenagers strive for independence and freedom, and they do not always use that freedom appropriately. While driving with a permit, parents are known to tell their children to keep their phones put away. Once receiving their license, new drivers take on the road alone, and without hearing the nagging from the passenger seat, they often take out their cell phones and text everyone they know about their accomplishment. Those few seconds focused on the phone and not the road is extremely dangerous and can cause a wreck. Using a video to harness in on how teenagers that caused crashes and by texting and driving will cause teenagers watching to understand that those people in the video were just like them and see ,how one wrong move can dramatically change not only your life, but other people’s lives as well.

Teenagers who text and drive and cause car crashes can not only damage themselves, but other people’s cars, possessions, and ultimately, their lives. When teenagers kill someone, whether it’s someone in their own vehicle or another vehicle they hit, they will live the rest of their lives with the burden of knowing they mistakenly killed someone, all over one text. Using this video to broadcast to future drivers the pain of both the teenager who caused the crash and the family of the victim will bring forth the hardships of living through that kind of murder. Those teenagers can describe both the physical and the emotional pain they had and continue to deal with daily, such as lawsuits, permanent injuries, and regret. The families of those affected by either injury or death can describe how their lives have changed, and whether they forgive the texting driver. This video will not only spark fear of all the suffering but also will teach future drivers the lessons that they do not have to endure themselves.

Teenagers are influenced best by what they see, and in this century, what they see on a screen is often more impactful than what they see in real life. Showing up-and-coming drivers a powerful and haunting video of teenagers causing texting-related crashes and the effects will teach those waiting to get their license how one tiny look away from the road can cause serious consequences. All those drivers have to do is keep their cell phone tucked away, and the video will influence them to do so.