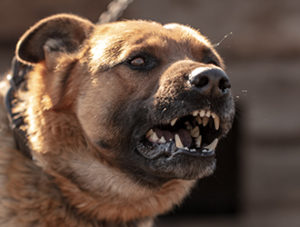 Every year millions in the US are bitten by an animal, most commonly it is a dog. Often it is a child and the bite injury can result in permanent physical injury and emotional scarring. Sometimes the animal attack is random and unpredictable, however, many times the owner of the animal knew or should have known about the animal’s dangerous propensities and therefore may be legally liable for the injuries caused by the dog or animal attack.

How is a pet owner liable? In many cases, the owner of the dog or other animal knows or should have known of the animal’s dangerous propensities or past violence. Knowledge of past violence can make the dog or animal owner legally liable to the injured person. Past violence can be a simple as knowing the dog has bitten a person before or as severe as prior attacks that were reported to law enforcement agencies or hidden by the owner. Additionally, an animal owner or possessor can be liable for negligently failing to prevent the injury caused even if the animal did not have a history of violence.

The dog or animal owner is usually covered by homeowner’s insurance that covers these types of injuries and losses. Of course, the owner can be liable beyond their insurance coverage or if they do not have coverage at all to compensate the victim. Lawsuits for dog or animal bites must be filed within 5 years of the date the bite or attack occurred.

The owner of the animal may be “strictly liable” (meaning presumed or automatically liable simply because the attack occurred), the owner is strictly liable under Missouri law for personal injuries suffered as the result of a dog or animal attack if the owner keeps the animal after a previous event that put the owner on notice of the animal’s vicious or dangerous propensities.

In a personal injury lawsuit based on strict liability for a dog, cat, or animal bite the injured party must show the following:

Negligence is not required as under strict liability as continued possession of a dangerous animal affixes legal liability on the owner or possessor.

In this case, the dog had a history of biting and all of these previous incidents were actually known to the dog owner.

Additionally, the owner can be liable if they did not actually know the animal was dangerous but should have known about the animal’s dangerous propensities. Garrett v. Overland Garage & Parts, Inc., 882 S.W.2d 188 (Mo. Ct. App. E.D. 1994).

2. Negligence Action against Owner of Animal (Not Strict Liability)

Possession of a dog, cat, or other animals that the owner does not know or have any reason to know is dangerous can be liable for injuries caused by the dog or other animal if he is negligent in failing to prevent the harm from a dog or animal attack or bite. Like ex rel. Like v. Glaze, 126 S.W.3d 783, 785 (Mo. Ct. App. E.D. 2004).

Clearly, a negligent action is more difficult to prove over a strict liability action against a pet owner. Any dog or animal bite case is very fact sensitive and early and aggressive attorney representation is critical.

Ben Sansone has represented clients bitten by dogs and incurred from minor to permanent and severe injuries due to scarring. Notably, we represented a Missouri Police Officer that was bit on the leg when responding to a 911 call. The dog had a history of biting people it was not familiar with. The officer sustained a deep bite injury to his calf that resulted in permanent scarring and disability. The owner’s insurance company settled prior to a lawsuit for a confidential amount.

If you, a relative, or friend have been injured by a dog bite or other animal attack call us for a free consultation, call personal injury lawyer Benjamin Sansone @ (314) 863-0500, or submit an online inquiry.