If you don’t get paid, we don’t get paid.
Free Consultations 314-863-0500
Home Personal Injury Common Types of Broken Bone Injuries 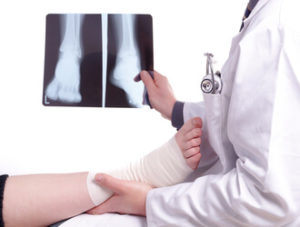 A broken bone is one of the most common personal injuries a person can suffer. When a bone breaks because of stress suffered in a car accident or other type of accident, it is known as a traumatic fracture.

Bones break, or fracture, when they come under too much pressure, due to sudden impact or twisting. One orthopedic expert estimates there are about seven million broken bones in the United States every year and the average person in a developed country can expect to suffer two fractures during their lifetime.

If you have sustained broken bones in a car accident or other type of accident in Missouri caused by another person, let an experienced St. Louis personal injury lawyer review the facts and explain your legal options. The trial lawyers at Sansone & Lauber help individuals who have been injured through the negligence of others obtain the compensation they deserve.

Accidents that Cause Bone Breaks and Fractures

Let’s take a look at some of the most common causes of fractures and the bones likely to break due to traumatic injury. Most fractures occur in the arms and legs. They are more common in men younger than age 45 and in women over age 45. 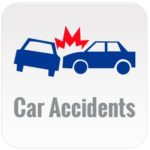 Car Accidents. Fractures are among the most common of the long list of typical car accident injuries. In the crush of a car wreck, occupants are typically slammed against the interior structure of the vehicle or can be thrown out of the car if they do not wear seat belts.

Passengers ejected from a vehicle in an accident are at risk of the car running them over or coming to rest on top of them. Arms, legs, and bones of the hands and feet are often fractured in car crashes. Though airbags provide important protection, drivers and front seat passengers risk fractures of the ribs and chest (sternum), as well as facial fractures by being slammed into the dashboard or steering wheel in a car crash. 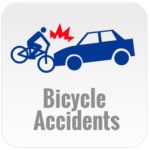 Bicycle Accidents. Like motorcyclists, bicycle riders are vulnerable to broken bones in a crash, despite helmets and other protective gear that conscientious riders wear. Typical traumatic injuries riders suffer in bicycle accidents include skull fracture, facial fracture, dental fractures, rib fractures, and other various musculoskeletal fractures, dislocations, and sprains, according to the American Academy of Family Physicians.In a widely publicized bicycle accident, the U2 singer Bono suffered several fractures in a bicycle accident in 2014, including breaking his shoulder in three places; shattering his left humerus, or upper arm, in six places, including a compound fracture; breaking a bone in the orbit of his left eye; and breaking his left pinky. The serious bicycle accident required him to undergo five hours of surgery and intensive physical therapy. 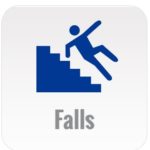 Falls. Falling in a workplace accident or a slip-and-fall accident at a store, on a sidewalk, or at home is often associated with a risk of head injury. That may include a skull fracture. But falls also lead to finger, hand, and wrist fractures as people reach out to catch themselves.

Hip fractures, the majority of which occur in falls, are common injuries that often result in long-term functional impairment, nursing home admission, and increased mortality, according to the Centers for Disease Control and Prevention. 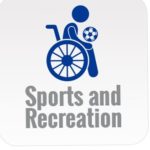 Sports and Recreation. The crash of bodies in impact sports, or the hard falls that occur in many types of active recreational pursuits can cause sudden, traumatic bone fractures. For example, the AboutHealth website says fractures account for one quarter of all serious football injuries (i.e. injuries that require hospital care).

Commonly fractured bones among football players include those of the finger, wrist, and leg. Falling off of a skateboard and landing directly on an elbow, for example, or falling backward off of a snowboard and attempting to brace the fall with an outstretched arm could cause a broken elbow. 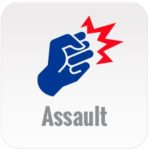 Assault. A person who is mugged may be injured to the extent that they suffer a broken bone, such as a fractured skull if they are hit over the head, or a broken hand or arm if they fall during an assault. Even a person fighting back in an attack might suffer fractures among the bones that form the knuckles or the metacarpal bones in the hand, which connect the bones in the finger to the bones in the wrist. This is known as a “boxer’s fracture” or “brawler’s fracture.”

The lawyers of Sansone & Lauber help individuals in Missouri and Illinois who have been injured because of the careless actions or negligence of others. If you have suffered a broken bone in an accident because of someone else’s negligence, call Sansone & Lauber Trial Lawyers today at 314-863-0500 or contact us online for a free initial consultation.