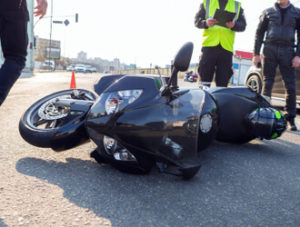 Did you know that the rate of motorcycle accidents has risen in recent years? When a motorcycle accident occurs because of an automobile or truck driver’s negligence, you have a right to seek compensation for your injuries and other expenses related to the accident. Unfortunately, insurance companies are often quick to try to shift the blame to the motorcyclist. Having a knowledgeable motorcycle injury lawyer representing you when negotiating a settlement can level the playing field.

What Are the Common Settlement Factors in a Motorcycle Accident Case?

What are common settlement factors? Here are a number of factors that often play a role in determining a settlement in a motorcycle accident case:

What insurance policies does the at-fault driver have and what are the limits of those policies? A skilled St. Louis motorcycle accident lawyer will identify all available insurance policies to broaden the amount of potential compensation.

Was the motorcyclist partially at fault? Missouri is a “pure comparative fault state,” which is a term in personal injury law in Missouri that means a plaintiff’s damages will be reduced by the proportionate amount for which she or he was responsible. For example, if a motorcyclist is considered 25 percent responsible for an accident and a jury awards $100,000 in damages, those damages will be reduced by $25,000 (25 percent) for his or her comparative negligence.

How significant are the motorcyclist’s injuries? As the Insurance Information Institutes explains, motorcycle riders are around five times more likely to suffer injuries in a crash than automobile passengers. Specifically, how much are the injured motorcyclist’s medical bills and rehabilitation costs? How much will the rider lose in lost wages as a result of being unable to return to work? If a rider’s injuries will cause a permanent disability and limit the individual’s ability to work, the projected lifetime losses should be calculated and be taken into consider in the settlement negotiations.

A skilled personal injury lawyer can evaluate the factors that apply to your accident help you to determine whether a settlement offer is fair. If you have been injured in a motorcycle crash caused by another motorist, an aggressive St. Louis personal injury attorney can speak with you today about pursuing a claim. Contact Sansone & Lauber to discuss your legal options with an experienced advocate.