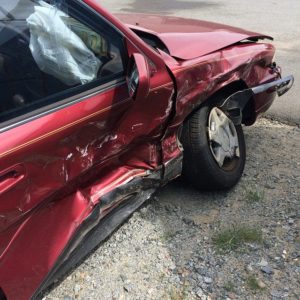 With a large population that grows every year, and thousands of motorists commuting on the roads and highways every day, it’s no mystery why traffic crashes are among the leading cause of injury and death in Farmington, Missouri.

At any given moment, someone behind the wheel may be speeding, tired, texting, driving under the influence, or negligent in some other way. Many factors contribute to collisions, which lead to a range of different injuries. According to the U.S. Department of Transportation, 36,560 people died in a car accident in a single recent year. Another 1,894,000 sustained an injury.

If you’ve been injured in a car accident due to the negligence of others, don’t hesitate to contact the Farmington personal injury lawyers at Sansone & Lauber for a free consultation. Our Missouri car accident lawyers can help you secure the compensation you need and deserve.

The top causes of traffic-related crashes throughout the country are speeding, texting while driving, and drunk driving. In Missouri, most car accident victims are either under 21 years old or over the age of 55. The five most common types of Farmington car accidents include the following:

Despite the safety precautions you take, such as wearing your seatbelt and following traffic signals, if you cross paths with someone driving recklessly, you could still become the victim of an accident.

Types of Injuries from Car Crashes

When you’re involved in a car wreck, you can suffer a range of injuries. Even if you’re traveling at a low rate of speed, you could still get whiplash, hit your head on the steering wheel, or get cuts and scrapes from broken glass, for example. In more traumatic situations, you could suffer paralysis, traumatic brain injury, loss of a limb, and other catastrophic injuries.

Some of the most common injuries individuals in Farmington car accidents sustain include:

Whether your injury is minor or life-threatening, it’s a stressful experience. Getting involved in an accident could create a whole new list of problems for you. Not only are you in pain, but you might also be unable to return to work for a long time. Without a paycheck, you worry about how you’re going to pay for your medical bills and daily expenses.

Many injuries require weeks or months of recovery. Physical therapy, prescription medications, and surgery all result in costs that add up quickly. It’s overwhelming to deal with, but that’s when auto insurance proves to be extremely useful.

Missouri law requires all drivers to carry liability insurance with minimum bodily injury and property damage limits. If another person causes your accident, you could file a claim with their insurance carrier to seek reimbursement for your damages.

Damages are losses suffered as the result of an accident or injury. The fault system in Missouri holds negligent drivers responsible for anyone injured in an auto accident. If someone else caused the crash, you’re entitled to coverage through his or her insurance. The most common damages people seek compensation for include:

If the other motorist is entirely to blame, you could potentially seek the maximum financial award available. However, if an insurance company finds you’re partly to blame, the amount of compensation you would receive is based on a calculation.

Pure comparative negligence is a rule that diminishes the damages recovered based on the percentage of fault you share with the other driver. For example, if you sustained $10,000 in losses, but you were 20% at fault for the accident, you can only receive a maximum of $8,000.

How Long Do You Have to File a Car Accident Claim in Farmington?

If you’re interested in seeking compensatory damages (medical costs, loss of income, etc.), you could file an insurance claim with the liable party’s insurance company.  It’s important to note the deadline for filing a lawsuit to recover punitive damages (punishment to the responsible driver).

Despite the lack of a deadline for insurance claims, it’s better to do it sooner rather than later. That ensures you don’t miss the opportunity later on if you choose to file a lawsuit for punitive damages.

How Sansone & Lauber Can Help with Your Case

If you or a loved one was the victim of an auto accident, call us today. We offer free consultations, so there’s no risk or obligation when you speak with our Farmington car accident attorney. We’re committed to providing our clients with personalized, quality representation you can trust.

At Sansone & Lauber, our car accident lawyers in Farmington understand the devastating effects of your injuries. It’s our goal to fight hard for you and seek the justice you deserve. We believe in relieving your burden by handling every legal aspect of your case so you can focus on your recovery.

Call us to schedule your free consultation with a car accident attorney in Farmington, Missouri.