If you don’t get paid, we don’t get paid.
Free Consultations 314-863-0500
Home Criminal Law DWI Defense Should I take a Breath Test?

Should I take a Breath Test? 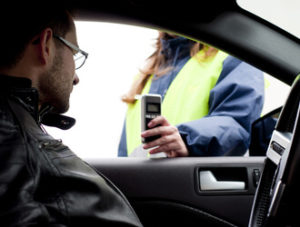 Why you should always refuse a breath test

In a typical drunk driving cases evidence of intoxication includes:

Missouri’s implied consent law states that upon reasonable request by a police to submit to a breath or blood test a refusal to do so results in a presumptive 1 year license revocation. The claim is that you give “implied consent” to submit to alcohol tests when you decide to drive on the state roadways.

In many cases (and almost all 1st offense cases) I can defeat the 1 year revocation. Defenses Include:

There are many other defenses that fall under the above categories, however, these are the most common.

1. Reasonable Suspicion or Probable Cause for the Stop and Test Request;

The implied consent law required that the officer had reasonable suspicion or “probable cause” to believe you were intoxicated before they are legally allowed to ask you to submit to a breath or blood alcohol test.

This probable cause is often based on the PBT (portable breath test), so never take one. Additionally, based on the officer’s observations and any admissions by the driver.

Some lawyers advise to refuse the field sobriety tests, I disagree, you should take these, a flat out refusal to do any tests at all looks bad in front of a jury. Additionally, it allows an opportunity to show you are not intoxicated or leave areas open for the observing officer to make technical or legal mistakes.

2. Proper notification of your rights, Miranda and the Implied Consent Law

The officer is required to inform the driver of the implied consent law before a voluntary and knowing refusal can occur. Additionally, you must be allowed at least 20 minutes to contact a lawyer and reasonable access to the means to do so.

This is usually the time when most officers try to scare the driver into taking the breath test by telling them they will inevitably lose their license for a 1 year. DO NOT fall for it! there is a reason they are trying to scare you into taking the test, they know they need that BAC readout to have a solid case against you.

This situation occurs most often with asthmatic drivers who attempt to take the BAC test but cannot due to their medical condition. Most cases the officer claims that you purposely tried to fool the machine and writes it down as a refusal.

One case we recently won was when the driver was unconscious and taken to the hospital. The officer wrote it up as a refusal, however, the driver was unconscious and could not have refused, thus the license revocation was thrown out.
Drunk driving laws in Missouri and Illinois are getting stricter and harsher every year as MADD and other groups constantly lobby the legislature to clamp down on already strict laws. Over zealous enforcement as political pressure bears down on the state’s law enforcement agencies is resulting in every day good citizens and people being treated as criminals.

The legal limit has been pushed down to .08 which is a few glasses of wine with dinner. Instead of enforcing the truly drunk drivers, .12 and above in my opinion, they are targeting everybody.

I am and experienced top Missouri DWI lawyer that also practices in Illinois. I aggressively handle these cases and understand that for just about everyone charged with a DWI that they are good, honest, hardworking people that fell victim to an ever tightening law that no longer targets true drunk drivers, but anyone with a little alcohol in their system.