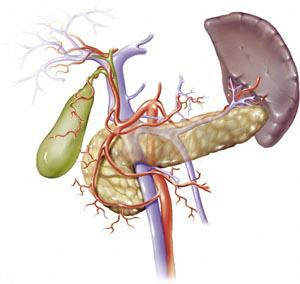 Gallbladder removal surgery (laparoscopic cholecystectomy or “Lap-choli”) procedures are a laparoscopic procedure using several small incisions to allow the surgeon to insert 2-3 different thin instruments to perform the procedure. Prior to lap-choli’s surgeons performed this as an open procedure, meaning an open surgical field and the surgeon used their their hands and scalpels instead of guided instruments.

A thin tube with a video camera is inserted into the abdomen, then the doctor inflates the abdomen with carbon dioxide to provide room for the surgery . Several, usually two, needle-like instruments (the laparoscopic scopes) are inserted.

Several different instruments are inserted to clip the gallbladder artery and bile duct and then to dissect and remove the gallbladder and stones. The entire procedure normally takes less then 1 hour.

Gallbladder surgery becomes more complicated and requires more skill and expertise now that the standard is not an open procedure but using the scoped instruments, laparoscopic procedure. Because this is a common outpatient procedure, many doctors who are not properly trained do this procedure routinely and eventually their poor skills catch up to them by injuring someone, from infections to retained instruments, causing medical malpractice.

The most common negligent act in the lap-choli procedure is the doctor negligently cuts the common bile ducts mistaking it for the cystic bile duct, the duct they are supposed to cut. How does this happen? Inattention to detail and varying anatomy of different patients.

The negligent surgeons could often prevent the complications they cause by properly performing circumferential dissection around the gallbladder and clearly identifying the anatomy of the gall bladder and its adjacent ducts, arteries, and structures.

Knowing the Proper Surgical Technique: Once the proper preparations are made for a laparascopic procedure and the surgical field is ready and CO2 is injected into the area to open up the space and allow movement of the trocars (the hollow laparascopic pole tools that allow different instruments to go into the surgical field) the surgeon should follow the general technique for the surgery:

The general steps above hit the high points of the surgery and the most critical portions of the surgery are identification of the proper ducts and arteries before the doctor cuts. Experience and attention to detail by a doctor avoid the needless personal injuries that occur when the wrong things are cut, not nicked, but cut. Additionally, oftentimes the surgeon does not realize that they cut the wrong duct or artery until days after the surgery when the patient presents with complications.

Our Gallbladder Surgery Complications Attorney in St. Louis Can Help You

Our St. Louis medical malpractice lawyers will review your case for free to determine if there is actionable negligence. Call us today at (314) 863-0500.