If you don’t get paid, we don’t get paid.
Free Consultations 314-863-0500
Home Blog Number of Traffic Deaths in US Increase Again 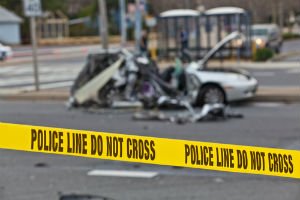 A report from the U.S Department of Transportation based on early estimates of 2016 crash data projects that the increase in motor vehicle fatalities from 2015 to 2016 will be the largest increase in 50 years.

Federal traffic safety officials estimate that 27,875 people died in motor vehicle accidents during the first 9 months of 2016, which would represent an 8% increase in fatalities compared to the first nine months in 2015. The region that includes Missouri is projected to have a 12 percent increase in fatalities based on the nine months of data. Missouri is projected to exceed 900 traffic deaths in 2016—the first time it has crossed that threshold since 2008, according to the St. Louis Post-Dispatch.

Another report issued last month by the National Safety Council (NSC) looks worse. It estimates that there were 40,200 fatalities for all of 2016. That is a 6% increase over 2015, and the first time since 2007 that motor vehicle fatalities exceeded 40,000.

The NSC report estimates that the total cost of damage as a result of motor vehicle accidents in 2016 in fatalities, injuries and property damage was $432.5 billion, an increase of 12% over 2015.

The increase in fatalities reflects the higher number of vehicles on the road due to an improving economy, relatively low gas prices and likely other factors as well.

Million of dollars have also gone into campaigns to educate people about the dangers of drunk driving, driving under the influence of drugs, texting while driving, and not wearing seatbelts.

There is no question that distracted driving is a growing problem that has long been undercounted in traffic data in Missouri and across the U.S. It is unclear precisely how much it contributed to the increase in car crash fatalities in 2016.

It is known that cell phone use in general and while driving is on the rise. In 2015, nearly 3,500 people were killed and approximately 391,000 people were injured in accidents involving a distracted driver, according to the National Highway Traffic Safety Administration. Cell phone use and texting are leading causes of driver distraction.

The recession reduced the number of vehicles on the road and number of miles travelled. But improvements in the economy mean that more people are again on the road for work and for vacation. More miles driven usually means more accidents.

According to Jonathan Adkins, the executive director of the Governors Highway Safety Association, the leading causes of fatal car crashes are: “belts, booze, and speed.” National Highway Traffic Safety Administration figures show that around 50% of all traffic fatalities involve drivers or passengers not using seatbelts, and almost one-third involve drivers impaired by drugs or alcohol.

Budget cuts in some states have reduced the number of highway troopers and decreased speed and seatbelt enforcement, and highway speeding limits in some states are increasing, which may play a part in the increase in traffic fatalities.

The initiative is called Road to Zero. The agencies are convinced that with the right changes in systems, and the introduction of self-driving cars, that it is possible to achieve the goal of zero traffic fatalities.

The NSF is calling for a number of immediate changes to set the U.S. on the path to zero highway deaths, such as:

There are other ways to attempt to reduce the number of fatalities that may come as technology improves, such as getting partially and fully self-driving cars to use vehicle to vehicle (V2V) technology to avoid collisions.

Many car accidents are due to driver errors. Some research suggests that driverless cars could reduce traffic fatalities by up to 90 percent in the future by reducing the human error factor. This depends, however, on continued improvements in driverless car technology, public acceptance of autonomous vehicles and widespread adoption of driverless cars.

More research is needed to determine all the causes for the increase and to develop strategies for reducing crashes and fatalities.

Meanwhile, if you are traveling on a dangerous road, keep safe by following traffic rules, driving defensively, not drinking and driving, and not using your phone while driving. And if you are riding with another driver, make sure they are driving safely as well.