If you don’t get paid, we don’t get paid.
Free Consultations 314-863-0500
Home Blog Poor Communication Among Healthcare Providers Is a Leading Cause of Preventable Injuries 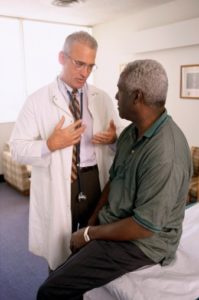 When a patient is hospitalized, communication among treating healthcare providers is critical to quality care. But all too often, doctors, nurses and other hospital staff don’t communicate as effectively as they could, and patients are the ones who suffer.

More than 60 percent of unexpected medical events involving death, injury, or the risk of death or injury are caused by communication errors, according to the Joint Commission, a hospital accrediting agency.

In fact, an estimated 80 percent of all serious medical errors in the United States involve some form of miscommunication. Because of those errors, patients die or suffer serious, preventable medical injuries. For doctors and hospitals, communication errors can result in malpractice claims and complaints to medical boards.

A recently released study conducted at Boston Children’s Hospital shows that miscommunication during patient handoffs might be responsible for nearly half of the mistakes hospital staff make. The study focused on communications among hospital staff during the times when a patient’s care is transferred from one healthcare provider to another, such as at the end of a shift.

In the Boston study, the hospital made four changes to the existing procedures for patient handoffs. First, clinicians were given handoff training. Second, they memorized a mnemonic designed to help them remember to communicate verbally all relevant information during a handoff. Third, the hospital changed the way handoffs were handled, involving all team members and taking steps to minimize interruptions and distractions. Finally, the hospital instituted an electronic handoff tool to standardize the patient information transmitted at shift changes.

The new procedures resulted in fewer miscommunications of important medical information. In the 1255 patient admissions studied, medical errors decreased by almost half after the handoff procedures changed.

Based on the findings, the team conducting the study has developed a handoff bundle that they are providing to ten teaching hospitals, with a goal of reaching many more.

A Washington Post article last year cited a failure to properly coordinate care as a major communication problem at hospitals. Patient advocates say that this confusion accounts for 44,000 to 98,000 deaths from medical errors each year. Advocates cite our fragmented healthcare system and the fact that patients often rely on numerous specialists who may not communicate well with one another.

Communications between doctors and nurses can also lead to delays in treatment or improper treatment. Because doctors are higher in the hospital hierarchy than nurses, they may be unwilling to listen to a nurse’s opinion on proper treatment for a patient – even when the doctor is fresh out of medical school and the nurse has many years of experience.

At the same time, nurses may be reluctant to question a doctor’s judgment. Either of these factors can prevent doctors and nurses from sharing critical information that could prevent a serious mistake.

If you or a loved one suspects that you have been injured because of poor communication among your healthcare providers, an experienced medical malpractice lawyer can help you evaluate your claim and whether you may be entitled to compensation for your injuries.