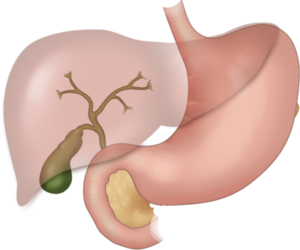 This month we settled a Medical negligence case in a rural Missouri county that we cannot disclose as the case location, parties, and amount are confidential as part of the settlement for our client. The case involved a negligent gallbladder removal surgery formerly called a laparoscopic cholecystectomy or “Lap-choli”. Good medical malpractice settlements are more difficult in rural Missouri counties as the jurors tend to be more conservative leaning; however, a good case that is well prepared is a good case in any venue. Below is a description of the case (names changed for confidentiality) showing how favorable our injury lawyers established the evidence in this case to obtain a great settlement for our client.

Below is part of our mediation  summary prepared for the mediator at the settlement conference we had when the case resolved.It shows the level of detail and evidence that must be gathered by a personal injury lawyer handing a medical malpractice claim in order to get a successful result.

Plaintiff  was injured as the result of the surgeon negligently performing a laparoscopic cholecystectomy. Specifically, he transected the common bile duct very high up, at the confluence of the right and left hepatic duct, as well as transecting the right hepatic artery. This avoidable error was not mentioned in the medical records until an ERCP report almost ten days after the surgery.

In his deposition the defendant surgeon  agreed that as rules of medicine a surgeon MUST (1) put patient safety first, (2) choose the safest approach, that is the standard of care, (3) must know what he is cutting before he cuts it, and (4) must positively identify the anatomy, if not it can lead to devastating injuries for the patient.

Dr.  violated the standard of care when he:

2. Did not identify the anatomy before cutting:

The Defendant doctor  agrees that as a rule of medicine a surgeon must know what he is cutting before he cuts it, and must positively identify the anatomy, if not, it can lead to devastating injuries for the patient. In this case the negligent surgeon tried to justify his misidentification as a traction injury. He stated, when applying traction in the outward and upward manner it caused the common bile duct to be pulled into the surgical field, therefore, I mistook the common bile duct for the cystic duct. What the surgeon is really explaining as his excuse for this negligent injury is a “tenting injury”. Plaintiff’s medical negligence expert expert, Dr. Vazquez, testified “[t]hat’s what really predisposes to the classic injury and to common bile duct transection. He needs to review — This is common duct injury 101.” Additionally, to simply move the CBD into the surgical field is no easy task, “you’ve got to move not just the common duct, but you’re moving the common hepatic artery, the portal vein, the whole triad. That’s been described with a classic tenting injury where you overly aggressively”. Dr. Vazquez page 109.Later in the deposition the defendant changed his story a little and testified that he had trouble identifying the structures, had trouble getting exposure, being able to see the proper structures that needed to be cut or clipped. But decided to proceed anyways.

3. Dr. knew he was lost and did not perform a cholangiogram.

Routine intraoperative cholangiograms (“IOC”) are not the standard of care, however, it is the standard of care to perform an IOC when the surgeon cannot positively identify the anatomy. As discussed above, Dr. was unsure of where he was and chose to cut the structures without positively identifying them. Dr. admits that had he done an IOC (assuming properly done) he would have realized he was in the wrong place.

4. Cut the CBD and RHA very high on the biliary tree.

Plaintiff’s medical negligence expert Dr. Vazquez has described this case as the “classic injury on steroids” as “[t]he classic injury would have been lower on the common hepatic duct, not in the confluence of the right and the left hepatic ducts.” Showing that Dr. was completely lost and chose to transect structures anyways, without positively identifying the anatomy. Being so high on the biliary tree demonstrates how far off the surgeon was, additionally, it made the repair of the injury and recovery much more difficult.

Missing 90 Minutes from the Operative Report

The surgery in this case took 2 hours and 7 minutes. 90 minutes longer than a routine lap-choli that is reflected in the op report. Defendant  has no explanation for why the surgery took so long. Teh defendant  admitted that a straight forward surgery, as shown in his op report, should take 30-45 minutes. Additionally, he claimed he thought it was a straight forward case at the time of the surgery. There was no aberrant anatomy, no inflammation, and the doctor only identified that the patient’s stomach briefly got in the way, however, a fan retractor resolved that in less than 5 minutes.

The surgery took an extra 90 minutes because the was lost and could not identify the anatomy and put himself in a position to commit medical malpractice by guessing before he cut. The careless doctor admitted that he has gotten lost before and that adds time to the surgery, many things must have occurred in that 90 minutes of added time that is not disclosed in the medical records.

This unaccounted for 90 minutes indicates untruthfulness and unexplained time during a surgery when the negligence likely occurred an the surgeon attempted to fix and hide it.

Dr. has learned nothing from this.

In this case the defendant claimed in his deposition that this this injury would have happened no matter how good the surgeon was and was an unavoidable and not negligence. Additionally, the doctor learned nothing form this injury and had not attempted to better himself as indicated by the following statement he made in his deposition.

“Dr. is in a state of denial. He doesn’t think he did anything wrong. He would have gotten this way — to this situation no matter what he did. Okay? That’s not going to be the case. Okay? He — So he could have improved himself substantially by talking to Dr. Strasberg [doctor that repaired the injury] and saying, “What did I do wrong? How did this happen? What can I do to avoid having this happen to me in one of my patients in the future?” And he made no avail of that. That is of great concern to me. If you can’t recognize that you have made an error and you’re working with the dean — essentially, the dean, then I’m not sure there’s hope for you.”