If you don’t get paid, we don’t get paid.
Free Consultations 314-863-0500
Home Blog Missouri Law: Texting while Driving Can Lead to Prison

Missouri Law: Texting while Driving Can Lead to Prison 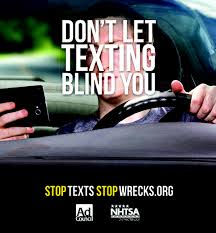 I see it almost everyday, look to your left or right while in traffic and one of the drivers, if not both, are using their cell phone not for talking but for texting or something similar. This type of driving is just as dangerous as drunk driving. My approach to most car crash cases, especially rear end collisions, is that I assume the at fault driver was using their cell phone until proven otherwise.

Maybe a little harsh, but necessary in our society; recently a teenage girl from Kansas City, Missouri has been sentenced to three and a half years in prison for her role in a fatal accident that occurred because she was texting while driving. The accident happened in September of 2011 when the girl, Rachel Gannon, was only 16.

According to prosecutors, Gannon agreed this past week to plead guilty to second-degree involuntary manslaughter, third-degree assault and underage texting while driving charges. Police say that in September 2011, Gannon was looking at her phone and listening to loud music while driving when she lost control of her vehicle, ultimately crashing into another car driven by a 72-year-old who died in the collision. The woman, Loretta Larimer, had pulled off the road to avoid Gannon’s out of control car.

The harsh three and a half year sentence only came about after a judge initially imposed a lenient sentence at the behest of the victim’s family who was eager to show mercy. The judge in Kansas City initially placed Gannon on probation for five years and ordered her to spend only 48 hours in jail as a kind of reality check. The judge also said Gannon had to find a job, remain on house arrest for 72 days and perform 300 hours of community service. Law enforcement officials say Gannon repeatedly violated the terms of her parole and has now been sentenced to hard prison time.

Sadly, Gannon is not alone in texting while driving. In 2011, 45 percent of all students 16 and older reported that they had texted or e-mailed while driving during the past 30 days. Such distraction comes at a deadly cost; the National Highway Traffic Safety Administration reported that in 2010 driver distraction was the cause of 18 percent of all fatal crashes – with 3,092 people killed and 416,000 people seriously injured.

What should parents do about texting and driving?

For information on how to protect your legal rights if you or a loved one has been seriously injured in a car, truck or motorcycle accident, call one of our St. Louis car accident attorneys today at 1-314-863-0500.

Source: “Missouri teen sentenced for fatal crash while texting,” by The Associated Press, published at KMOV.com.