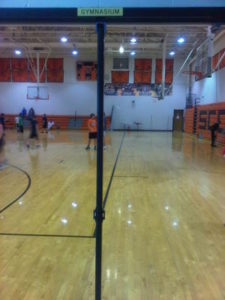 St. Louis accident attorneys, Sansone & Lauber obtained a favorable settlement in Cape Girardeau County on behalf of a Scott County high school student who was injured after a loose door divider fell and struck him on the head when he was walking through a gymnasium doorway. The lawsuit settled for a very favorable $75,000.00, plus court costs, about two weeks prior to trial. The injured Plaintiff suffered a concussion and incurred approximately $5,000 in medical bills. The claim was made against Scott County School District. See : PETITION – dangerous condition – School_Redacted.pdf.

When making an accidental injury or negligence claim against a public entity, such as a pubic school, certain issues must be considered and investigated since public entities have certain tort immunity under Missouri law. See: Government Entity Liability for Dangerous Conditions. Specifically, you must determine if the accidental injury you are making a claim for falls under one of the exceptions to sovereign immunity, additionally, you need to look for other 3rd parties that may be liable if the sovereign immunity caps apply and the damages from the injuries may exceed those caps.

In our recent Cape Girardeau premises liability case cited above, the school district was unable to dispute that the Plaintiff was injured by a loose double door divider that fell and struck the Plaintiff in the head as he walked through the doorway during gym class. The Defendant, Scott County High School, and its employees, had exclusive control over the gym doors, including the post. Additionally, we were able to show that Scott County had actual notice the center divider was loose or had fallen out the night prior to Plaintiff’s injury.

The night before the negligent head injury, a teacher had actual knowledge of the dangerous condition. The school nurse testified that she heard from school employees the center divider fell out of the doorway the night before at the basketball game. Additionally, another teacher that was at the game, testified she leaned against the center divider and it moved, then a spectator at the basketball game tightened it up with just his hands, no tools. That same teacher testified nothing else was done to that center divider and she did not notify anyone. Cursory investigation of the doorway showed that hand tightening would not be effective, the fastener holding the center pole is a small Allen bolt that is smooth without anyway to grip other than using an Allen wrench or pliers.