If you don’t get paid, we don’t get paid.
Free Consultations 314-863-0500
Home Blog Reasons Why Dog Bites Are More Common in Summer

Reasons Why Dog Bites Are More Common in Summer 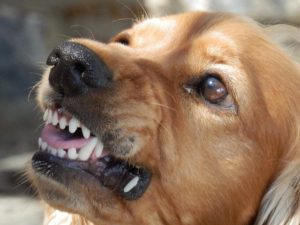 Statistics show that dog bites are more common during the warm summer months. One example that was reported by the New York Post showed that in one recent year, more than half of the 4,611 reported dog bites occurred in the summer, with the highest number in August.

So, what is the reason behind this? Some researchers believe that dogs are simply more aggressive in the summer. After all, as Psychology Today points out, there is substantial evidence that humans are more aggressive and violent in hotter weather, and this may also apply to dogs.

Some researchers have noted that the increase in bites during hot weather coincides with summer break, which may result in more opportunity for hostile encounters between dogs and people. In the summer, children are not in school and people in general tend to spend more time out in parks, backyards, and other places where their chances of an encounter with an aggressive animal may increase.

Why Do Dogs Attack?

In some cases, a dog may feel that it is defending itself, its home, or its owner. If the dog is brought into an unfamiliar or uncomfortable situation, such as a social gathering or park, it may feel anxious or scared and bite as a result.

Dogs may not like to be cornered, stared at, petted aggressively, or may be uncomfortable around small children. The dog may be anxious or feel threatened and may lash out as a result.

Signs of Aggression in Dogs

To protect yourself and others, it is essential to know the signs that a dog may be aggressive or ready to attack. An aggressive or uncomfortable dog will pin its ears back, pull its lips tight, and will usually be very rigid. The dog may also tuck its tail between its legs and may begin breathing heavily. Growling or baring its teeth is a common sign that a dog may be ready to attack.

It is a good idea to take preventive measures to avoid being bitten by a dog. This means refraining from approaching dogs that you don’t know and teaching kids to get an owner’s permission before petting a dog.

Unfortunately, even the most careful measures cannot prevent all dog attacks from happening. If someone else’s dog bites you or your child, you should contact a dog attack lawyer right away to discuss your legal options.

If you’ve been the victim of a dog attack, you might be owed significant compensation that could help pay for medical expenses and other losses. Dog owners are responsible for controlling their pets, and when they fail to do this, they can be held accountable for injuries the dog causes.

The dog attack attorneys at Sansone & Lauber are here to help you pursue compensation and justice if you have been bitten by someone else’s dog. Call us today, fill out an online contact form, or chat with us live to schedule a free consultation. We work on a contingency fee basis, which means if you don’t get paid, we don’t get paid. There’s no risk to you, so contact us as soon as possible to get the help you need.