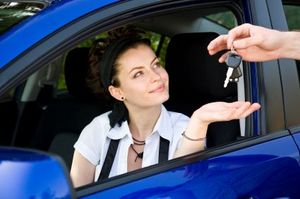 Recently we settled a Missouri auto accident case that was caused by a distracted driver with allegations of drug use. We represented the passenger that was injured after the driver lost control of the pickup truck and ran off the road.

But the driver did not have his own auto insurance; Permissive Use?

The driver was the passenger’s “friend” and did not have his own auto insurance to cover the injuries sustained by the passenger. However, the car he was driving was not owned by him but was owned by the passenger’s grandfather. The grandson had permission to drive the car and let his friend drive. Therefore, under Missouri insurance law, the grandfather’s insurance policy covers the at fault driver because the negligent driver is what is considered a permissive use driver. So the coverage purchased by the owner of the car is available for the injured passenger to collect from for his injuries that were caused by the negligence of the “permissive use” driver. Permissive use coverage is diffident than liability for negligent entrustment.

The requirement of “permissive use” of a motor vehicle in an omnibus or non-owned vehicle clause of an automobile insurance policy to limit liability coverage is a question of fact which may be satisfied by a showing of either express or implied permission. State Farm Fire & Cas. Co. v. Ricks, 902 S.W.2d 323, 324 (Ct App ED 1995)

What if the Driver has his own insurance and the car owner has insurance?

In the same case above, assuming the driver had his own insurance as well, there may be additional insurance coverage for the hurt car crash passenger. Both insurance policies may apply, but it depends on the amount of coverage under each policy and if the insurance policies have valid and enforceable “set-off” or “other insurance” clauses. a few scenarios that could occur are outlined below:

1. The Owner’s and the Driver’s Auto Insurance have the same coverage amounts:

If the owner and driver both have, for example, $25,000 in liability coverage then the passenger may be limited to just $25,000 total if the policies have valid and enforceable set-off or other insurance clauses. These insurance contract clauses basically say they are not liable to the extent “other insurance” covers the driver’s liability. If they do not have these clauses or they are poorly written, the injured passenger may have $25,000 from each policy available, thus $50,000 in total insurance coverage.In Missouri the case of Zemelman v. Equity Mut. Ins. Co., 935 S.W.2d 673 (Mo. App. WD 1996) discussed “set off” and “other insurance” clauses. In that case the Court read the policy’s UIM “set-off” provision against the policy’s “other insurance” provision and found it ambiguous because the language described the UIM as “excess over any other collectible insurance.” In 2004, we successfully used the above case to avoid set-off and recover an additional $50,000 for our client injured in a St. Louis car crash.

2. The Owner and Driver have Different Coverage Amounts:

If one car insurance policy has more liability coverage then that larger amount is typically available. But you still need to deal with issues of set-off. Example, policy #1 has $100,000 in coverage and policy #2 has $50,000 in coverage. A good Missouri car accident lawyer will try and pursue the full amount of each policy, or $150,000. However, many insurance companies now have enforceable set-off clauses, meaning the larger policy can set-off the smaller policy’s payment of $50,000; therefore, the total amount recoverable is just the amount of the larger policy, or $100,000 in this example.

What Insurance Applies to My Case?

All cases are different and dozens of critical issues must be discussed and analyzed to ensure a maximum recovery for anyone injured in a car wreck. Insurance coverage is just one of many issues to address. Contact a good car wreck lawyer sooner rather than later. Call us for a free consultation and no fee unless we win. (314) 863-0500 or contact a lawyer online.