If you don’t get paid, we don’t get paid.
Free Consultations 314-863-0500
Home Blog Bacterial Infection As A Basis For A Medical Malpractice Claim And Lawsuit 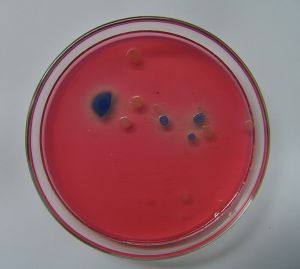 The Mercy Clinic in Springfield, MO has been sued after a man claimed the hospital and two of its doctors failed to provide necessary treatment to prevent the spread of deadly flesh-eating bacteria.

Adam Maier has filed a medical malpractice case claiming that it took Mercy Hospital surgeons days to finally agree to provide medical care for the man. This is a classic example of doctors a failure to communicate with each other. In my experience as a medical malpractice attorney, failure to communicate leads to many needless injures to patients. This also occurs when no one doctor takes responsibility for the care of the patient, and then no one makes the critical medical decisions; all the specialists make their recommendations and then nothing occurs to help the patient.

In this case, the patient arrived at Mercy Clinic needing treatment but was turned away. The patient claims because the hospital discovered he did not have health insurance. Notes from the initial visit reveal that the patient complained about intense pain, 10 on a scale of 1 to 10. Patient even claims the doctor noticed a patch of necrotic skin (dying skin), yet prescribed a painkiller and a standard antibiotic and sent him on his way.

Only four days later, when the flesh-eating bacteria had spread further across the lower half of his body, did surgeons at Mercy Hospital agree to perform surgery. By the time the surgery took place the infection had already spread across his backside and down his leg to the knee.

Medical records reveal that doctors were required to perform four extensive operations on the patient, including removal of dead tissue, a colostomy and a skin graft to contain the spread of the necrotizing fasciitis (i.e. flesh eating bacteria). The surgeries and related medical bills came to nearly $400,000.00. Not only did the surgeries cost the patient financially, the real harm in this case is that the delay in treatment resulted in an a terrible physical toll on the patient. The surgeons had to cut away large sections of his buttocks and left leg, leaving him disabled. According to the patient’s wife, her husband is now unable to lift objects, sit or drive for long periods of time, do yard work and household repairs, or go dancing. She said that his physical limitations have substantially lowered his self-esteem.

The patients’ personal injury attorney says the hospital made serious errors in treating his client, claiming that he should never have been turned away in the first place given that health providers have a legal obligation to provide emergency medical care to injured individuals. In an interview, the patient mentioned how tragic it was that a hospital’s concern with its financial bottom line could result in such devastating long-term harm to someone like him. For its part, Mercy Health claims that a patient’s insurance coverage or ability to pay never affects the quality of care provided.

Experts say the case is important not only because of the horrible injuries suffered by the patient, but also because of a pending fight about imposing financial caps in future med mal cases in the state. Missouri currently has no cap on medical malpractice monetary awards because the Missouri Supreme Court last year struck down such limits as unconstitutional. The patient and his wife have asked the court for damages to compensate them for his continuing pain and mental anguish. His wife has joined the lawsuit and is asking for damages including loss of consortium and companionship.

If you or a family member has been the victim of medical malpractice you are entitled to fair payment for your injury. Call Ben Sansone for a free meeting to discuss your case. (314) 863-0500.